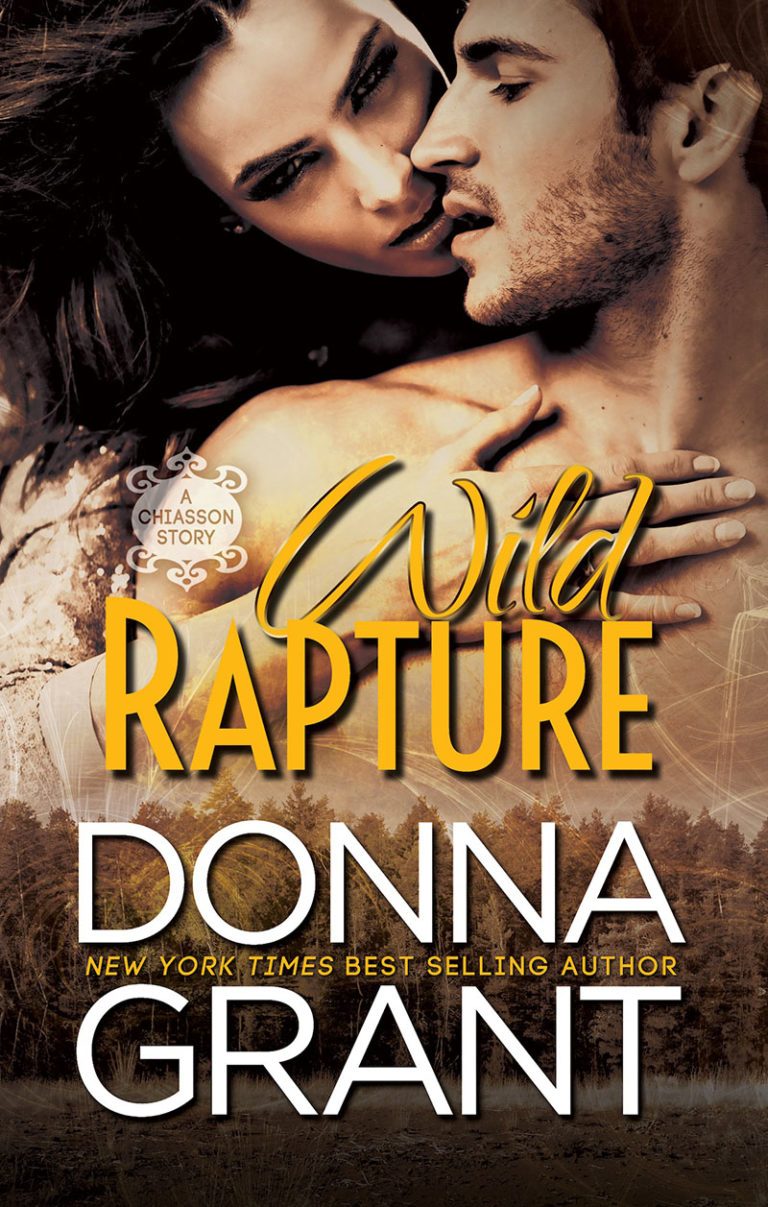 LOST BUT NOT FORGOTTEN…

Tempestuous, willful Riley Chiasson has been hunting the supernatural with her family since she was old enough to know what it was. But that puts her right in the sights of a Voodoo priestess who captures Riley, putting her in a perpetual state of amnesia. Until Riley crosses path with a handsome stranger who makes her feel as if she’s destined for more, and it’s not just the lifetime she envisions in the gorgeous lawman’s arms. There’s something she’s been made to forget. Something she’s determined to remember. But that puts not just herself but Marshall in danger.

Sheriff Marshall Ducet hasn’t been able to escape the paranormal. Nor can he forget the alluring, Riley. From the moment he set eyes on her, he felt a connection, so when Riley goes missing, he returns to his home town of New Orleans to search for her. When he finally finds Riley, he vows to do everything in his power to bring her back to herself, her family—and him. But Delphine is a powerful foe, and even with the help of Riley’s brothers, cousins, and their allies, victory is not guaranteed. But one thing is certain, Marshall will do anything to have Riley by his side.

Learn more about the series 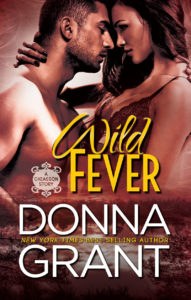 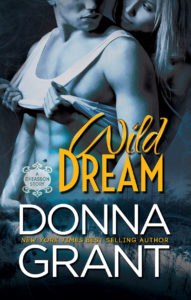 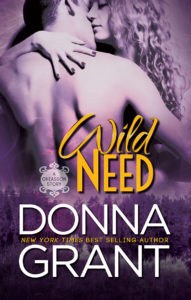 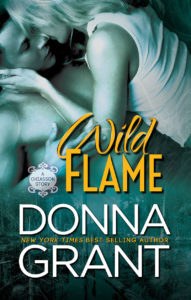 Evil had come to town. There might not be a physical body, but Marshall Ducet knew it was there all the same. He’d left New Orleans because of it.

He snorted as he drove down Highway 13 on patrol. Somewhere out in the universe, someone was laughing, all because Marshall had unknowingly chosen to relocate to another paranormal hotspot.

If he thought New Orleans was bad with all the various factions of the supernatural—werewolves, witches, djinn, vampires, and Voodoo—it had nothing on Lyons Point and the surrounding area.

The sleepy little town looked idyllic. Right up until he discovered that some unknown force drew the paranormal here. And there was a family—the Chiassons—who hunted the evil and kept everyone safe.

Marshall got involved with the Chiassons after arriving at a murder caused by a Voodoo priestess, and once he knew of the hunters, he gladly helped out when he could.

He slowed and turned down a road. The sun was bright in the cloudless sky, allowing the temperatures to come close to ninety degrees. The previous sheriff had been killed after succumbing to the paranormal, so as acting sheriff, Marshall spent most of his time driving around and helping those in need. Though there was still the occasional robbery and B&E.

And then there were the murders.

Few and far between, the killings nine times out of ten were supernatural. Marshall had quickly learned how to tell them apart. Mostly because, if any of the Chiassons were there, it was supernatural.

Marshall turned down the crepe myrtle-lined drive. He was paying his daily visit to the four Chiasson brothers and their women to see if there was any word on their only sister.

When Riley had gone missing in New Orleans while fighting Delphine, a Voodoo priestess, the Chiasson brothers were at first in shock. Then came the anger. Not that he could blame them. Marshall suspected he would act very much the same in a similar situation, but it was all a guess since he was an only child.

He had an inkling that the chaos of the Chiasson home was what drew him back time and again. He’d always dreamed of having siblings, and while his wish never came true, he could briefly live it when he was around the hunters.

Marshall parked the patrol car and turned off the ignition. He met his gaze in the rearview mirror and sighed. Riley hadn’t been alone during the battle. In fact, she’d been standing alongside her cousins, the LaRues—who happened to be werewolves and the ones who kept the factions within New Orleans playing nice with each other and the humans.

The LaRues had scoured the city. And then the Chiassons had joined in the search before doing one of their own. And still, there wasn’t a single sign of Riley. It was like she’d disappeared.

Grabbing his Stetson, Marshall exited the car and stood. He set the hat on his head and pushed the car door closed as he headed toward the front porch. On his way, he saw movement in the building off to the side of the main house. He altered his direction and came to the doorway of the large boat shed that had various metal cages within to hold supernatural creatures.

The cages had been used fairly recently with Kane LaRue after he was cursed by Delphine to kill Ava Ladet in retaliation for her dad, Jack, pissing off the priestess. Luckily, one of the Chiasson brothers, Lincoln, had taken a fancy to her, and the Chiassons were able to intercept their cousin before he could carry out the curse.

As Marshall looked at the cages, he recalled how close Ava had come to dying, and how both the Chiassons and the LaRues would’ve been impacted by her death.

For one, had Kane killed her—or any human—he would’ve remained in werewolf form for eternity.

Then there was Lincoln. He would’ve lost the love of his life.

It was the quick thinking of the Chiassons and how well they worked together that stopped the Voodoo priestess out for revenge. And it brought the two families back together again after drifting apart.

Now, however, it seemed as if Delphine had taken the ultimate revenge by kidnapping Riley. Because while no one had any evidence that it was Delphine, there was no one else who’d made it clear they would get their vengeance on the two families.

Marshall’s gaze went to the eldest Chiasson, Vincent. He stood with his back to everyone, gazing out the open door of the shed to the bayou beyond. Vin’s dark hair fell in waves to his shoulders.

Marshall gave a nod to the middle brother and met his bright blue eyes—a family trait for the Chiassons and LaRues. It made Marshall recall the only time he’d seen Riley. She’d been on her way back to New Orleans. She’d walked from the large, white plantation house as he’d driven up.

Her steps had been assertive, her smile confident, while her gaze dared anyone to get in her way. He’d seen the dimple in her left cheek as he leaned against his hood and watched her drive away.

It was a good thing they hadn’t spoken because Marshall was certain he wouldn’t have been able to form words. Riley Chiasson wasn’t just stunningly beautiful, she was also a force to be reckoned with. Though, it was her beauty that most people saw—not that Marshall could blame them.

She was tall and lithe with just the right amount of curves. Her long hair was so dark it was nearly black as it fell in waves down her back. She sported the same piercing blue eyes as the rest of her kin, but it was the dimple in her left cheek that he loved most of all.

Lincoln shook his head of dark hair and continued sharpening his knives.

Beau put away his shotgun and said, “Linc wants to return to New Orleans to do another search.”

“We can’t,” Christian said. “Not with the nest of vampires that arrived last week. We can’t leave those who count on us.”

Linc spun around to face his younger brother. “And what about Riley? It’s been weeks, Christian! Weeks! We don’t have any idea what horrors Delphine has inflicted on her.”

“Solomon, Myles, Kane, and Court continue to look for her,” Christian argued. “And if you think it’s easy for me to stay here and do nothing, then you’re a bigger dick than I thought.”

In a split second, Beau was between his brothers, a hand on each of their chests. “This isn’t doing Riley any good.”

“Beau’s right,” Marshall said. “I’m not taking sides because I don’t think I could stay here if it was my sister, but at the same time, Lyons Point needs this family. And from what all of you have told me, no one knows New Orleans like the LaRues.”

“Then why haven’t they found her?” Vin asked without turning around.

All three brothers swiveled their heads to Vin. Beau dropped his arms and turned to face his eldest brother. Marshall waited with the rest of them to hear what Vin might say next.

Seconds ticked by before Vincent turned around. He looked at each of them. “I was so adamant that Riley have a normal life. I sent her to Austin for her degree, and I got so caught up with everything that I didn’t even realize she’d graduated. She didn’t tell us. Or maybe she tried during one of the calls that I cut short because it was too painful to talk to her. But I pushed her away, believing it was the right thing to do. What did that get us? Our sister living in New Orleans, away from us.”

“She was with our cousins,” Christian said.

Lincoln crossed his arms over his chest. “Who let her hunt.”

Beau glared at Linc. “As if you would’ve been able to stop her. At least our cousins made her hunt with them so they could keep an eye on her.”

“She wouldn’t have been taken had she been home,” Linc stated.

“I’m not so sure of that,” Vin said before the argument could continue.

Marshall waited for the brothers to ask what Vin meant, and when they didn’t, he finally said the words. “What do you mean?”

“That Delphine wanted to hurt us,” Christian said.

Linc nodded. “If the Voodoo bitch wanted Riley, it wouldn’t have mattered where she was.”

“And by taking her while our cousins were watching over her, it ensured that there would be a rift between our families,” Beau finished.

Marshall returned his gaze to Vin. “Then don’t let that happen. Everyone respects and fears the LaRues because they don’t hesitate to put people in their place. The LaRues run New Orleans. The Chiassons run Lyons Point. Imagine if the two of you joined forces.”

“Like Christian said, we can’t leave the area,” Linc said.

Marshall set his hand on the butt of his gun at his hip. “There has been an increase in activity since Riley was taken, hasn’t there?”

Vin’s brows drew together. “We rarely get a night off, but now that you mention it, yes. Instead of us hunting one creature a night, we’re tracking down multiple, forcing us to split up.”

“It’s Delphine,” Beau said with a shake of his head, a vein ticking in his temple.

“No doubt, but that doesn’t help us.” Linc looked at Vin and shrugged. “What do we do?”

Vin ran a hand down his face. “What can we do? Save our sister, or keep the parish safe.”

“What if I went to New Orleans?” Four pairs of vivid blue eyes turned Marshall’s way. He looked at each brother before he locked eyes with Vincent. “I still have a lot of friends in New Orleans. I grew up in the area, and I worked there for seven years, so I know it well. The LaRues have been searching the paranormal world, but perhaps someone needs to take a look at the human one.”

Vin walked toward him, stopping a few feet away. “You would do that for us?”

“Like you said, you can’t leave. I can. I can put my deputy in charge here. And Delphine won’t be looking for me.”

Linc shrugged when Vin looked his way. “Marshall has a point.”

“I say yes,” Christian chimed in.

Beau smiled and clapped Marshall on the shoulder. “There are some things you’re going to need.”