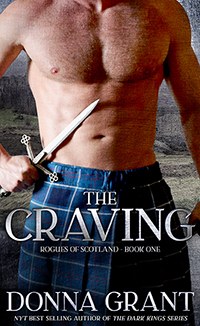 A QUEST FOR HAPPINESS

Resigned to a lonely life after a fierce betrayal of the man who broke her spirit, Meg Alpin retreats to her family’s castle. In her pursuit to move on with her life, she uncovers long buried secrets and discovers something magical amidst the furniture in the tower. In one instant, her dull world is given bright new meaning in the form of a Highlander too magnificent, too handsome to be real.

A DESIRE FOR FREEDOM

Cursed and caged in a mirror by a gypsy, Ronan Galt’s existence is complete darkness and unquenchable need. When he’s brought back into the light, his distrust of women is at odds with his instant attraction to the beautiful and strong Meg. In his quest to be free of his prison, he will learn the true meaning of love – but will it be too late to claim the woman that was destined to be his?

5 Blue Ribbons! “A magical tale…you are in for a treat!” – Romance Junkies 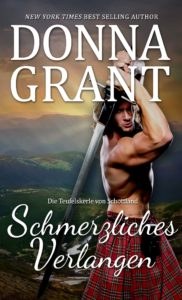 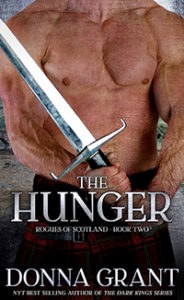 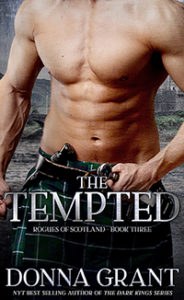 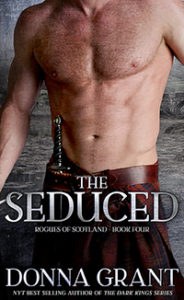 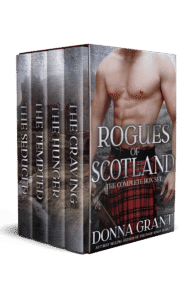 “Nay!” Meg Alpin screamed as two wolfhounds bounded around her. They knocked her off her feet to land in a tangle of skirts, though they did nothing to cushion her fall. “You great big oafs!”

No amount of scolding could rein in the dogs now that they were inside the room. The white sheets draped over the furniture were only something for them to pull off and play tug-of-war with.

Meg shook her head and climbed to her feet as she dusted herself off. She then put her hands on her hips and rolled her eyes. As if she didn’t already have enough on her hands. As mad as she wanted to be at the wolfhounds, she couldn’t quite manage it.

She understood what it was to be left behind. The dogs had been all but forgotten until she arrived three months earlier. She had lavished them with affection and attention. In return, they had become the animals they should have been – loyal, protective, clever. And with their antics, they were obviously making up for lost time.

“Enough!” she called and clapped her hands together.

The two wolfhounds immediately dropped the sheet they had been tugging between them and loped over to her. She gave them a rub on their heads and pointed out the door.

With their tongues lolling out of their mouths, the wolfhounds took off at a dead run, skittering around a corner before disappearing – loudly – down the stairs. There was a distant shriek, letting Meg know the dogs had scared one of the maids again.

She was smiling even as she shook her head. The wolfhounds might think she was their savior, but the dogs had helped her as well. Most nights she had one on each side of her in the bed. Somehow, they always knew when she would give in to her tears. They would leave their spots before the fire and jump up on the bed to lay with her, as if protecting her from the memories that wouldn’t let go.

Meg squared her shoulders and took a look around the large room, her eyes flitting over each covered piece. Her great-aunt had offered her refuge at Ravensclyde. In doing so, Aunt Tilly had given her leave to rearrange the castle as Meg saw fit.

After nearly a month of sitting and staring off into nothing with a book in her lap, reliving the last half year of her life, she finally realized that if she didn’t do something she would waste away to nothing.

Since she needed to occupy her days – and her mind – going through the old furniture that was stored in the top floor of the tower seemed a great place to start.

Meg pulled the first sheet off what turned out to be a large wardrobe and promptly began coughing from all the dust. She waved away the particles she could see in the sunlight that filtered through the windows.

She turned her head before pulling the sheet off the second item, a side table. One by one, Meg exposed the long-forgotten furniture, her smile growing by the minute.

For a brief space of time, she was able to think of Ravensclyde as hers. All the worries, all the heartache of the past year could be pushed away – and hopefully forgotten. Even if it wasn’t, Ravensclyde was giving Meg the time she needed to right her crumbling world.

She took the noon meal in the tower room so she could continue looking over her findings. Some were crumbling into dust, and others were too chipped or faded to put out. Already Meg knew where she would put the wardrobe, three side tables, a landscape painting, two tapestries, and a bench.

There was a settee with three matching chairs she was considering having recovered to put in the parlor to brighten up the room.

With the last bite in her mouth, Meg dusted off her hands and stood to wander around the pieces. She had hoped to find more – and Aunt Tilly had led her to believe there was much more – but she would make do with the few items she had found.

She would have repairs started on the others immediately. There was history in all of the pieces, and she wanted to see all of it every day.

Meg walked around a buffet table that needed to be sanded down and repainted. She took a step back to get a better view of the side, and ran into the wall.

She immediately turned to see that a door had come open. A door she had been too busy looking at furniture to notice.

Meg pushed open the door and leaned her head inside. A slow smile spread over her face when she saw another room, twice the size of the one she was just in, and filled with more covered furniture.

Immediately she began to move from piece to piece uncovering them. It wasn’t until she neared the far left corner that she spotted a tall covered piece set aside, as if separated from the rest.

Curious, Meg walked toward it. With each step, a prickling stole over her skin that was a peculiar and exciting mixture of foreboding and anticipation.

When she lifted her hand to grasp the sheet, she found it shaking.

Suddenly, the tower was too quiet, the room too still. She forced a laugh, hoping the sound of her own voice would help calm her.

“How silly I’m being,” she said aloud and swallowed. “I wanted to be here by myself.”

Meg took a deep breath once she realized how foolish she was being. And with a yank, pulled down the sheet.

To find a huge mirror.

It might look like a mirror, but it couldn’t be because it didn’t reflect her or her surroundings. There was nothing but darkness in the glass. It gaped around her, seeming to suck all the light from the room.

Meg shivered and hastily threw the sheet back over the mirror before she ran out of the tower as if flames were licking at her heels.