A MYSTERY OUT OF TIME

Gwynn Austin has no idea why her father has disappeared on a mysterious trip to Scotland. When she goes on a desperate mission to search for him she finds more than she bargains for in a ruggedly handsome, wickedly exciting Highlander who exudes danger and mystery. And when she discovers her own link to Scotland, she’ll have to trust her heart to help lead her….

A LEGEND IN THE FLESH

Propelled through time by powerful Druid Magic, Logan Hamilton uses his immortality and powers of the god inside him to help prevent the awakening of an ancient evil in the modern world. He never expects to find help in the form of a beautiful, alluring, and all too tempting woman whose passion and strength matches his own. Together, Logan and Gywnn must fight for their love—before a demon from the past destroys them both…

“Brimming with passion, adventure, time travel, complex and engaging characters, danger, mystery, romance and a forever kind of love, this book may be my favorite paranormal romance of the year.” – Romance Junkies 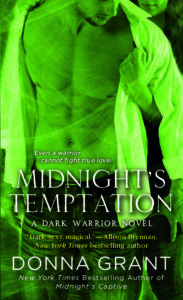 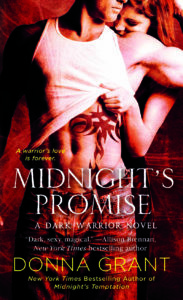 The blackness, the unending void ate away at Logan as he was yanked out of the year 1603 and thrown forward in time. He felt himself falling and desperately reached for something to hang onto

The wind rushed by him, hurting his ears with the high pitched sound and drowning out any noise. The wind took his breath, making it difficult to breath. He was tossed first one way, and then the other. Determining which way was up was soon forgotten.

Where were the others? Ramsey, Arran, and Camdyn? The Druids had told him they didn’t know where any of them would end up. All Logan could pray for as he felt the years and decades pass by was that he landed in the right time.

Around him, the inky darkness began to shimmer – the same shimmer that had appeared when the Druids cast the spell to send Logan and the others traveling through time.

Almost instantly, he was dumped out of the abyss onto his hands and knees into the midst of a vicious rainstorm.

Logan swallowed and gave himself a moment to let his head stop spinning. He pushed his fingers into the wet ground and smiled when he felt the dirt between his hands.

He sat back on his heels and looked around. It was day, but the storm had darkened the sky. An urgent need pulled at him, called to him to return to Eigg, but he pushed it aside. He had to find Ian. That was his duty.

Logan wiped off his hands and took stock of his whereabouts on a hillside, the tall grass swaying with the howling wind. But what grabbed his interest were the dots of light below him.

Logan blinked through the cold, torrential rain and climbed to his feet. Those weren’t fires he saw flickering in the valley. What they were, he didn’t know. Yet.

He rose to his feet and ran a hand through his hair to get it out of his face. It was time to discover just where the Druids had managed to toss him in the future.

On his way down to the valley, Logan crossed a road that had been covered with some hard, black substance with bright white lines painted on it.

He squatted down to touch the surface and felt the rumbling of the ground beneath his fingers. Logan rose and stepped back as something large and loud came rolling down the lane.

As the object passed, Logan spotted a person inside who looked like they controlled the loud contraption.

More confused than ever, Logan walked over the road and down to the town. He could hardly believe his eyes when he reached the village to find buildings lined down the street, one right next to the other. They were all painted the same bright white with many more of those noisy contraptions lining the road as well as traveling down it.

Logan kept to the side of the road where he saw other people walking. A few gave him odd glances but most paid him no heed.

He passed store after store, trying to learn the language written on the signs. The fact that he had a primeval god inside him, a god so ancient his name had been forgotten, was the only way he was able to pick up this new language so quickly.

“You’re soaked through, lad,” said an elderly woman as she opened a door to a store Logan was walking past.

He gave a slight nod and felt the knot in his belly loosen as he heard her brogue. He was still in Scotland. Now, to determine when he was.

“Ah, not much of a talker,” she said and laughed.

Logan smiled. “What year is it?”

She blinked and cocked her gray head at him. “You’ve quite the brogue, lad. It’s been many a years since I’ve heard one so thick.” She smiled, a far away look stealing across her face.

Logan took a step toward her. “The year, lady?”

“I’ve been living by myself…away from everyone.”

“And everything,” she said as she eyed his kilt.

Logan looked around him and shrugged. “What village am I in?”

This time the old woman frowned as she watched him. “Salen, not far from the Isle of Skye.”

He knew the village, but the last time he had seen it, there had barely been anything there. It had grown tremendously since then.

What else had changed in the four centuries since he had left his friends behind at MacLeod Castle?

“I thank you,” he said to the woman and walked on before she could ask more questions.

Logan looked at the town of Salen with new eyes. If this almost nonexistent village could grow so much in just a few centuries, what had become of Edinburgh or Glasgow? And did he even want to know?

He paused as a young woman ran in front of him to one of the contraptions sitting on the side of the road. She jerked at the handle as she held a bag over her head in an effort to keep from getting wet. It wasn’t working.

“Rory! You wanker! Unlock the bloody door so I can get in the car!” she yelled over her shoulder.

Logan turned his head to see a thin man come out of the shop, walk around the…car, insert something small into the door, and open it.

The woman yanked on her door again then banged on the window above it. “Rory. Unlock the bloody door now!”

After another moment, Rory leaned over the door and pulled on something. A moment later, the woman got in. She was still yelling as the car rolled away.

So, the contraptions were called cars, and apparently people rode them much as Logan rode horses. He sighed and continued forward. It wasn’t just the landscape that had changed. The people had changed as well.

No lady Logan had known would ever have spoken as the woman with Rory had. Not even whores spoke so crudely.

Logan heard footsteps coming fast behind him. His muscles seized and fangs filled his mouth. Logan spun around, claws lengthening as he readied himself to behead whoever thought to attack him.

He pulled his hand back, stopping himself just in time as two young lads who ran past him, laughing and soaking wet. Logan stepped into the doorway of an unused building and took a deep breath.

Was he so used to fighting that he would attack anyone? Even children? He shook his head and struggled to tamp down the god inside him.

Athleus. He was the god of betrayal inside Logan, an ancient god who wanted nothing but death and destruction. It had taken decades for Logan to gain control over his god.

But sometimes, that control slipped.

Logan carried enough burdens. He didn’t need to add the death of two young lads to the weight.

Once his fangs and claws had retreated, and Logan was sure his skin wasn’t the silver of his god, he stepped out of the shadows and lengthened his stride as he exited the town. The urge to return to Eigg was sharp and true in his chest.

If anyone found out that he had a monster inside him, that he could release the god and become a beast, Logan was sure they’d kill him.

But he didn’t just have a god inside him. He was able to use Athleus’ power, a power able to control water. And Logan was going to the Isle of Eigg, an isle surrounded by water.

He wasn’t sure when he had made that decision, only that he had. Logan couldn’t hold back the desperate need to return there as soon as possible.

The last time he had been to Eigg, which to him was just a matter of hours – not centuries – earlier, he had been looking for an artifact hidden there by the Druids.

Not only had he not found the artifact, but his friend and fellow Warrior, Duncan, had been killed by Deirdre. Deirdre was a drough, a Druid who had given herself to evil and black magic. She was on a mission to take over the world, and as great as her magic was, Logan feared she might just win.

It had been Deirdre who had unleashed the gods inside the Warriors. And it would be Warriors who would help end Deirdre once and for all.

But first, Logan had to find Ian, Duncan’s twin.

He couldn’t imagine what Ian was going through. Ian and Duncan, as twins, had shared a god, and with Duncan’s death, the full power and rage of their god would overtake Ian. If he couldn’t control his god, his god would control him and he would be ripe for Deirdre to claim. Which is just what she had wanted when she killed Duncan.

Logan had no idea where Ian had gone, but he knew Deirdre. She had leaped forward in time to 2012 in order to thwart him and the others in their mission to find the artifacts before she did.

He frowned. Or had she?

If Deirdre could travel through time whenever she wanted, why hadn’t she done so before now? She could have changed the outcome to anything that hadn’t gone her way, including gaining the artifacts before the MacLeods.

If Deirdre hadn’t traveled through time on her own, that meant someone had to have helped her.

But who? And, more importantly, why?

Logan wasn’t sure he’d have those answers anytime soon. Regardless, in order to defeat Deirdre, the Warriors would still need the artifacts. The one he had been sent to get was on Eigg.

He paused and looked around him. None of the other three Warriors who had volunteered to look for Ian had landed with Logan. He wasn’t even sure if they had been taken as he had.

Yet, he knew the Druids at MacLeod Castle. Each one was powerful in her own right, and together, they wielded magic and quite literally took his breath away.

He had no doubt they had succeeded in tossing the others forward in time along with him. He had no means of communicating with anyone, nor could he take the chance of traveling to MacLeod Castle yet. He had to find Ian before Deirdre did.

If she didna have him already.