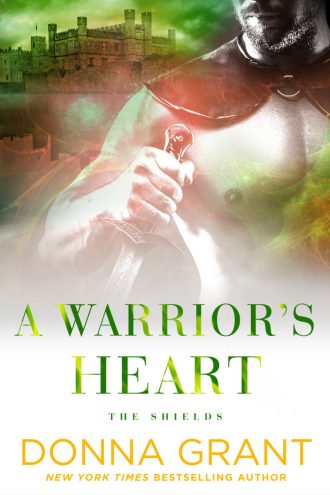 I owe my life to the Fae who discovered me bleeding and near dead at their doorway. They saved me and offered me a new life. I’ve served the Fae and the Shields since that fateful day. My unique knowledge of herbs and healing has been needed to save the Shields countless times. They are my brethren, my family. Yet I am alone.

No matter where I search or what questions I ask, I discover nothing to open a doorway in my mind of locked memories. Until I catch a glimpse of a woman who seems as familiar to me as breathing.

Though Jayna claims to not know me, our bodies, our souls recognize the other. I agonize over what she keeps hidden in the depths of her haunted hazel eyes. I fear the dark thoughts that lurk in my heart and wonder at any black deeds of my past. If what I dread comes to pass, death will not come swift enough.

Above all, I must keep Jayna safe. She is the only one that has quieted my soul and shown me serenity.

4 Hearts! “I highly recommend this as a great read and I’m sure I’ll be going back to it again, a keeper in my bookshelf!”
– Samantha Ann, Night Owl Romance 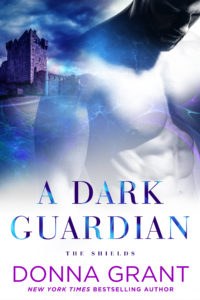 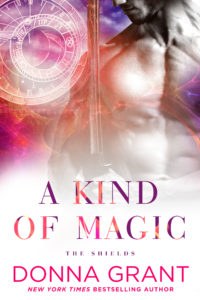 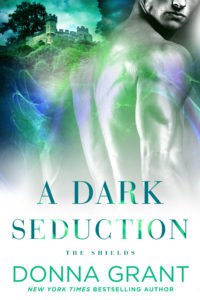 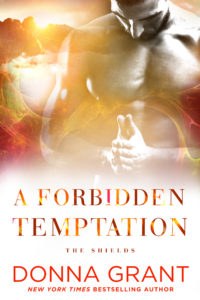 If Jayna had known what she would become, she would have plunged the dagger into Gabriel’s heart when she’d had the chance. That decision had cost her her soul.

And she paid for it every day.

She didn’t like what she had become, but her mother had told her that in order to survive, one had to adjust. Jayna had certainly adjusted.

As she stared at the imposing mass of rocks that was Stone Crest Castle, she thought about the people within its thick walls. A shiver raced over her skin, but it wasn’t due to the icy night air.

She had finally found Gabriel.

And it was time he paid for his crimes.

Jayna smiled with anticipation, her heart pounding with excitement. She’d waited so long for this moment that she almost couldn’t believe it had arrived. Yet it had, and she was going to carry out all the ways she’d thought of to make Gabriel pay.

She pulled the hood of her cloak up to cover her head and face. Getting into the castle wasn’t going to be easy, but she was certainly up to the challenge. After all, she had waited nearly an eternity to see the look on Gabriel’s face when she confronted him.

Jayna stiffened when the familiar wash of air moved around her. He might not have a form, but he was the most powerful being in any of the realms.

“I know I shouldn’t,” she answered as she kept her eyes on the castle.

A tsking sound came from behind her then a warmth enveloped her. “My dear, Jayna, did I teach you nothing?”

She smiled a true smile and breathed deeply. “You taught me to survive, and for that I owe you everything.”

“Do you think I kept you alive just so you could mete out your revenge against Gabriel?”

For the first time in centuries, Jayna felt a gnawing sense of worry. “I assumed so, aye.”

“That was part of it, my dear,” he whispered in her ear. “Once I regain my form, I’m going to need a queen. Someone who knows how to rule with beauty, grace, and the iron fist of vengeance. In other words, Jayna, I need you.”

Jayna didn’t know what to say. For too many years all she had cared about was finding Gabriel and killing him. Never had she thought about a husband or family. It had always been about Gabriel.

As if reading her mind, he asked, “Just what had you planned on doing once you killed Gabriel?”

“I don’t know. I’ve never thought about it.”

“I think the time has come for you to think about many things. My mission is nearly complete. For the first time since time began, evil will dominate the realms. No longer will good triumph and evil be punished. It will be our time. Think about it.”

And just as suddenly as he had appeared, he vanished. Jayna pushed aside his words. She needed to focus on Gabriel, on finding him and sinking her blade deep into his heart as he had done to her so very, very long ago.